(*Disclaimer* The Death Star is not real…yet. This is a very fun letter of Concern I wrote as part of an assignment for a course I took at Cleveland State University.)

To: Orson Krennic: Director of Advanced Weapons Research for the Death Star

From: Zack Applewhite, Assistant Engineer for the Death Star

It has come to my attention that there may be a fatal flaw in the design of our great empire’s super weapon. I would like to preface this message by stating that I understand fully how close the Death Star is to completion and that it’s 20 years of construction has many eager to complete the project. All of my suggestions for actions I put forward regarding the issue have taken this into account.

As you well know, the Death Star’s laser is powered by the immense power of giant kyber crystals that focus the energy of the station’s hypermatter reactor. Due to the molecular makeup of the kyber crystals and the energy produced from the reactor’s destruction of hypermatter, a significant amount of heat is produced (Litvack 2016). A number of consequences of this heat, even in the cold vacuum of space, can arise in the space station if not properly dispersed. Such as the overheating of important and fragile technological equipment.

The method used for the dispersion of this potentially damaging heat by the original designers of the Death Star was the use of thermal exhaust ports. This method of thermal dispersion has two primary consequences.

I will address first, why this method of using thermal exhaust ports is so inefficient. Firstly, the function of exhaust ports requires the use of exhaust fluids to capture and transport the heat out of the Death Star. Unfortunately, through this process, heat is not the only thing that the exhaust ports release. As the fluids have mixed with the heat, the fluids themselves are also flung into the zero pressure vacuum of space, effectively wasting exhaust fluid.

A result of this inefficiency has been the need for constant resupply of massive amounts of exhaust fluids. Over time this system has become and will continue to be expensive to maintain. It is depleting the availability of finances, manual labor, transport crafts and technological resources. These valuable resources may have been better spent on the completion of the Death Star or other worthwhile causes, such as destroying the rebel scum.

The second consequence is the vulnerability these exhaust ports create in the Death Star’s defense system. These thermal exhaust ports cover the death star all over in order to release the heat equally or as needed. Meaning there are hundreds of these exhaust ports dotting the moon sized Death Star. If even one singular exhaust port is not able to withstand the full force of a targeted rebel attack, the results would be catastrophic. If any charges were to be set off into the depths of just one of the exhaust ports it would cause a chain reaction of explosions throughout the whole Death Star, via the thermal exhaust ports shared system (“Thermal exhaust port/Legends” 2018). This would weaken the structural integrity of the super weapon. It would also trap thermal energy created by the hypermatter reactor causing it to overheat, overreact and explode. Sending the structurally weakened Death Star and it’s tens of thousand of loyal imperial staff members flying into a million pieces.

I would like to note at this stage that I am not calling into question your knowledge of the Death Star’s defense system or putting any blame on you personally. This is simply an uncomfortable oversight of the original designers. And while it may be too late to change with the Death star so near completion, it is not too late to be evaluated and improved upon. With this in mind I set forth the following proposed actions and solutions to be introduced upon the completion of the Death Star.

Once completed, the Death Star will have a fair portion of it’s staff available for new projects. The first project I propose is to assign a number of our defense experts to analyze the defence capabilities of each singular exhaust port against an attack from the rebel scum that plague our galaxy. Have the experts follow up their analysis with a report on the defenses surrounding the exhaust ports and submit any suggestions for improved defense. Such as installing ray shields to protect against energy based weapons.

Secondly, I propose that a portion of the engineering staff who worked on the construction of the Death Star be charged with the task of a full thermal analysis of the Death Star. First, to ensure that all equipment and personnel are working and optimal or safe conditions. Secondly, to determine if there is a way to close some of the ports, thereby minimizing defense risk, or to develop an installable solution to the design flaw.

Lastly, in the possibility that our great Empire, with all its power and wisdom, should decide to construct a fleet of Death Stars; I make my final proposal. I believe another portion of the engineering team should be assigned to developing, drafting, and proposing an improved thermal dispersion system to be used in future designs. One such system that comes to mind would be the use of a rotating radiator system that would draw the heat to the outer rim of the Death Star to be cooled by the vacuum of space and then drawn back in as a resupply of cool air (Litvack 2016). Thus eliminating the need for costly resupplies of exhaust fluid. 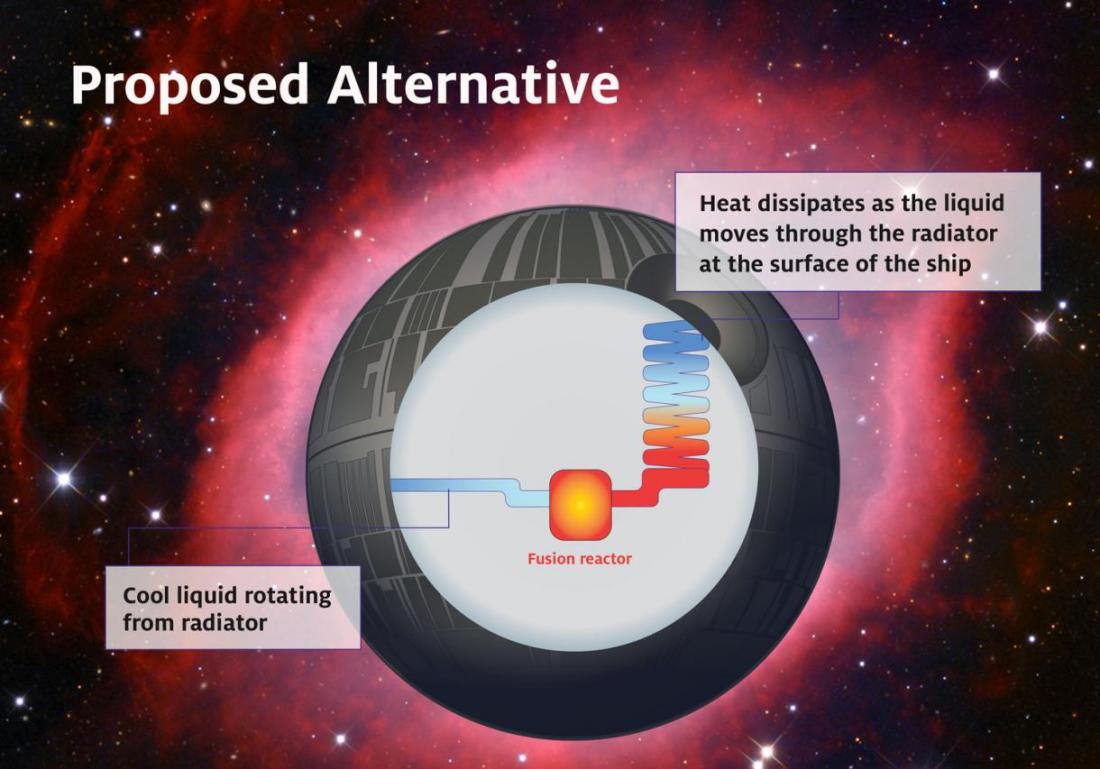 These proposed projects would not interfere with the schedule of the completion of the Death Star in any way. It would also give new exciting tasks for our freed up engineering and defense staff. And, most importantly, they would protect our interests in securing our power and influence across the galaxy. I would be more than happy to personally assist on any one of these proposed projects. As I am always happy to lend my assistance to the Emperor and the might of the Empire.

If you have any need to contact me for further information or discussion my staff authentication ID number is ENG-67085. I look forward to see the destructive power of your great accomplishment and the continued glory of the Empire.

I hope it helps, even if only a little bit

Order your own poem through Kickstarter. Launching June 1st

Love is often romanticized as the all powerful force of nature that brings happiness and peace. But nature is also destructive and neglectful.

Would you like me to write a poem especially for You? Back my Kickstarter! http://kck.st/2L9d028

Forgiveness is not always deserved.

Home of the free, land of the brave…There is nothing brave about fearing the people who need out help. 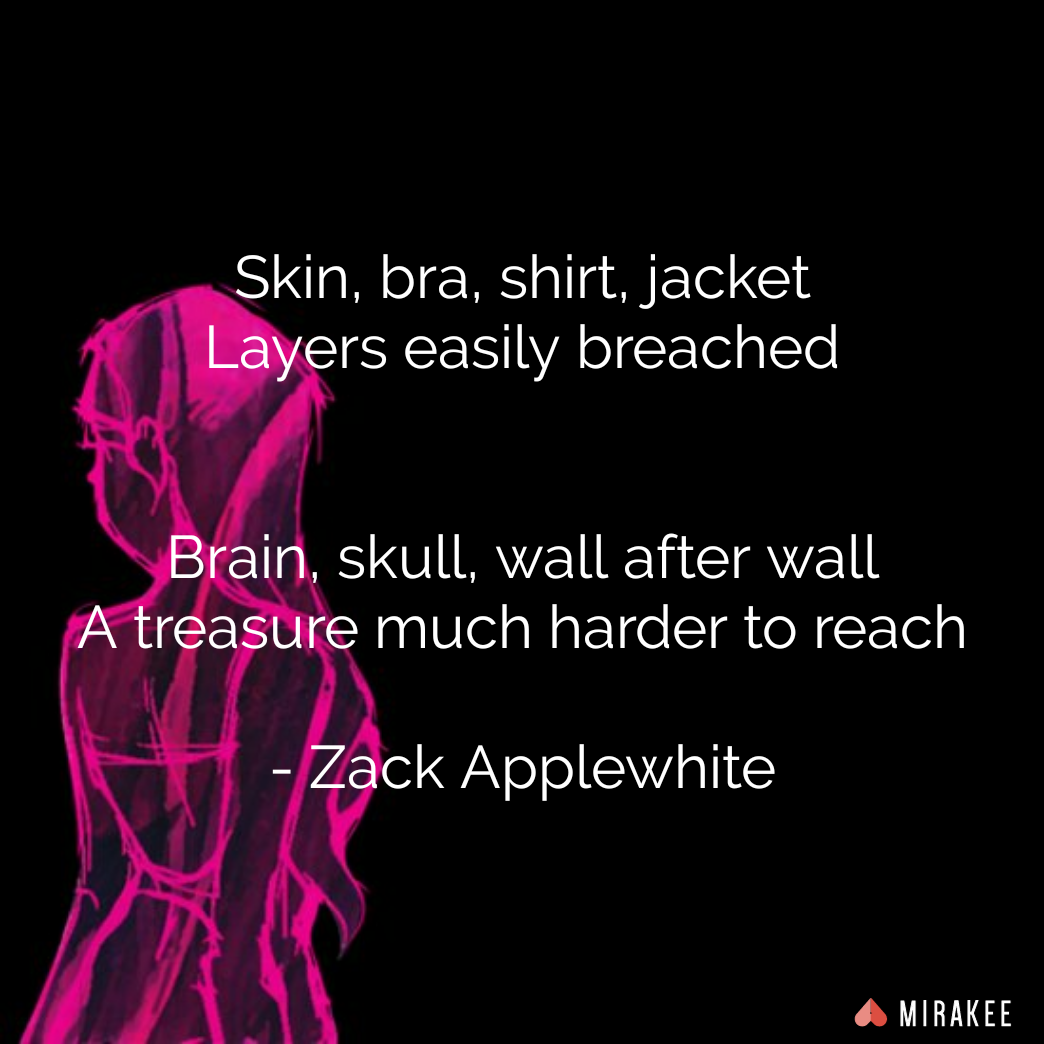 Too often do we allow ourselves to give our bodies more freely than our hearts. Both are treasures and should be treated as such.

Thanks for stopping by!!! Come back tomorrow for more daily poems! 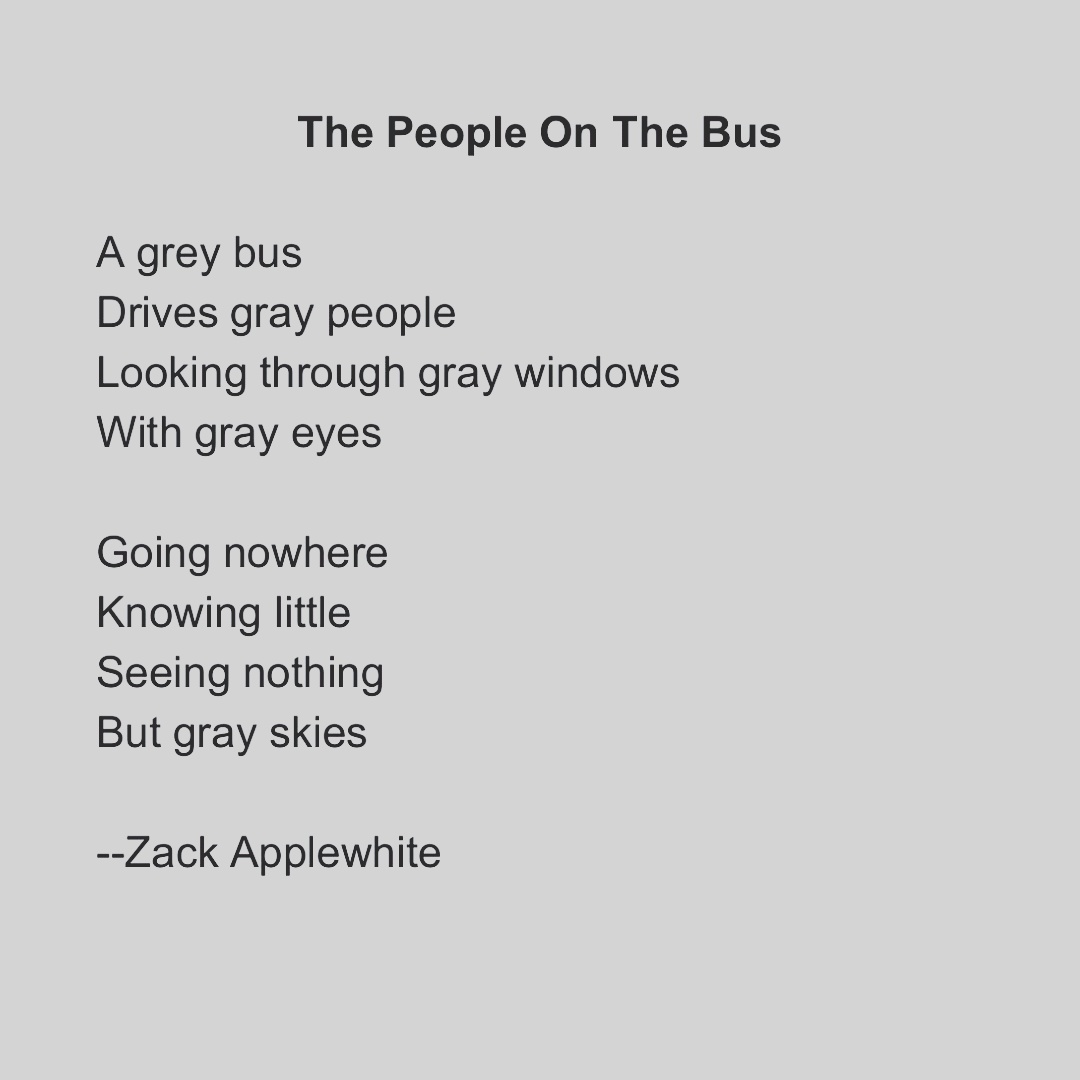 Thanks for stopping by!!! Come back tomorrow for more daily poems!